What's in a name?

We are often asked, "What is the meaning of ConvexSERV?"
Convex is defined or curving or reaching outward. SERV is just short for service.
Our primary focus is to reach out to our customers and provide the best possible service.

Services that we Provide

Our experienced network engineers will guide you towards successful implementation of your IT project.

ConvexSERV can design your nework from the ground up, or suggest improvements for expansion and better performance.

If your issue requires on-site support, our technicians will come to you. If you're connected, remote support saves time an money!

It is crucial to have a plan for Disaster Recovery that protects your data and business continuity. Our DR solutions provide both!

We provide hardware solutions from Lenovo, HPE, Dell and Acer. We stand behind the products that we sell, and provide installation as well.

Our VoIP solutions improve productivity, while reducing communications expenses for our clients.

What our customers are saying

I use Jim for all my computer needs. He is a fast, fair and very dependable. He has the highest standard of integrity and you can always trust him to get the job done. I never have to worry that I am not getting a fair deal and highest level of professionalism when I use Jim and Convex Serve. He is highly recommended.

Jim and Convexserv have always been our go to IT support. We may need them to set up a new server, connect our email to a new cell phone or have them do a fix over the internet with access to our lap top. They always consider that our business runs on our computers and get to us a quickly as possible. I highly recommend them.

Jim is hardworking, honest and well versed in his field. He understands the value of providing excellent customer service and delivers on time.

I would recommend Jim for all your personal and business computing needs.

EES Cosmetic Solutions has been working with Convexserv since 2004. Jim and his team have been wonderful to work with providing first class value to our organization. Many times we have been in emergency situations and we have always been able to count on Jim's team to supply us with timely service. I would highly recommend Convexserv to anyone looking for help with computer needs.

I have worked with Jim since 2007. His work is outstanding. He has provided excellent guidance to us with the ever changing technology field. His expertise and detailed knowledge are truly an asset to his clients.

Used ConvexSERV to fix one of my computers. Condition corrected at a reasonable fee. Would use again.

I have relied on Jim and will continue to do so for my computer repair needs, network administration and consulting. He and his staff are fast and reliable and perform very good work at a fair fee.

Problem Solver. That sums up Jim Spaloss in simple terms. Our existing network is old and cobbled together by amateurs and hobbyists. Jim has streamlined many aspects of our system improving overall function while bringing aspects of the system up to date. With a twinkle in his eye, Jim hears the problem and steps to solve it. I have seen him sit at a pc and enter code so fast that I wonder if the processor speed will keep up with him - and the amazing thing - it always works.

I can get myself out of many jams. If I can't, I know that Jim can.

Providing the best solutions requires working with the best partners and suppliers. 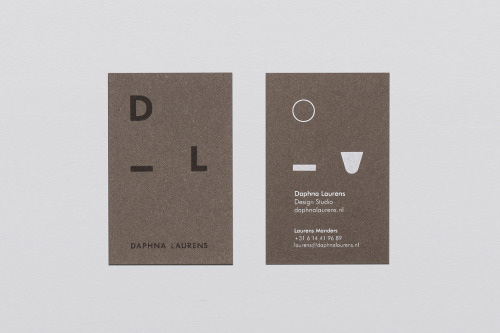 A new report alleges that Google employees who report experiencing gender or racial harassment or discrimination routinely are told to take "medical leave" and seek mental health treatment—only to be shoved aside when they try to come back.

"I can think of 10 people that I know of in the last year that have gone on mental health leave because of the way they were treated," one former Google employee told NBC News. He himself had taken medical leave "after he said he had numerous unproductive conversations with human resources about how his colleagues discussed race."

Update 6 pm EST: Although a SpaceX filing said that Starlink terminals could be deployed "on passenger cars," SpaceX CEO Elon Musk indicated on Twitter today that passenger cars are not in the plan. "Not connecting Tesla cars to Starlink, as our terminal is much too big. This is for aircraft, ships, large trucks & RVs," he wrote.

Dishes will be modified for vehicles, vessels, and aircraft, SpaceX tells FCC.

A popular app that promised to eliminate the burden of remembering passwords has sparked a backlash by demanding, weeks after it was acquired by two private equity firms, that users pay up or face restrictions on access to their online accounts.

LastPass has encouraged millions of people to replace weak passwords on retail websites, Internet banks and other online services. Instead, the software handles authentication automatically using long, complex passwords that are impossible to guess—or remember.

Tens of thousands of US-based organizations are running Microsoft Exchange servers that have been backdoored by threat actors who are stealing administrator passwords and exploiting critical vulnerabilities in the email and calendaring application, it was widely reported. Microsoft issued emergency patches on Tuesday, but they do nothing to disinfect systems that are already compromised.

KrebsOnSecurity was the first to report the mass hack. Citing multiple unnamed people, reporter Brian Krebs put the number of compromised US organizations at at least 30,000. Worldwide, Krebs said there were at least 100,000 hacked organizations. Other news outlets, also citing unnamed sources, quickly followed with posts reporting the hack had hit tens of thousands of organizations in the US.

“This is the real deal,” Chris Krebs, the former head of the Cybersecurity and Infrastructure Security Agency, said on Twitter, referring to the attacks on on-premisis Exchange, which is also known as Outlook Web Access. “If your organization runs an OWA server exposed to the internet, assume compromise between 02/26-03/03.” His comments accompanied a Tweet on Thursday from Jake Sullivan, the White House national security advisor to President Biden.

A new type of supply chain attack unveiled last month is targeting more and more companies, with new rounds this week taking aim at Microsoft, Amazon, Slack, Lyft, Zillow, and an unknown number of others. In weeks past, Apple, Microsoft, Tesla, and 32 other companies were targeted by a similar attack that allowed a security researcher to execute unauthorized code inside their networks.

The latest attack against Microsoft was also carried out as a proof-of-concept by a researcher. Attacks targeting Amazon, Slack, Lyft, and Zillow, by contrast, were malicious, but it’s not clear if they succeeded in executing the malware inside their networks. The npm and PyPi open source code repositories, meanwhile, have been flooded with more than 5,000 proof-of-concept packages, according to Sonatype, a firm that helps customers secure the applications they develop.

“Given the daily volume of suspicious npm packages being picked up by Sonatype’s automated malware detection systems, we only expect this trend to increase, with adversaries abusing dependency confusion to conduct even more sinister activities,” Sonatype researcher Ax Sharma wrote earlier this week.

We pride ourselves on our integrity. Our customers are always leting us know that they trust us completely.

Our customer service is second to none. Perhaps that's why our customer retention rate is well above the industry average.

Our technicians have diverse backgrounds with a breadth of experience, serving many different verticals.